Back pain often comes on apparently without reason. In fact, one possible cause might stretch all the way back to childhood. Hove dentist, Pieter Grobbelaar, tell us how teeth and jaw problems can be behind chronic pain.

The jaw joint (TMJ) and pelvic joints (sacro-iliac joints) both work in conjunction with one another, compensating for one another when either joint becomes misaligned writes Pieter Grobbelaar. With an abnormal bite the TMJ becomes dysfunctional and this creates instability at the weight bearing sacro-iliac joint in the pelvis. This leads to poor body posture which can cause low back pain, neck pain, headaches and other health problems.

The majority of children (75%) now have crooked teeth, incorrect jaw development and other orthodontic problems, which is evident from 3-5years of age, are not caused by big teeth in small jaws or hereditary factors. However, rather than blame genetics for crooked teeth and poor jaw development, modern research has produced evidence that points to other causes.

The restricted development limits the space available for erupting teeth and prevents them from emerging into their natural position.

75% of growing children are affected and most commonly will presents with crooked teeth, undeveloped facial and jaw bones, TMJ (Temporomandibular joint) dysfunction and poor body posture.

Mouth breathing is abnormal and is one of the causes of Sleep Disorder Breathing (SDB) problems.

SDB in children has been recognised as causing widespread health, developmental and behavioural problems, including snoring, gasping, cessation of breathing such as Obstructive Sleep Apnoea (OSA) and interrupted sleep, which can result in drowsiness during the day as well as behavioural problems in children. Additionally, as well as being detrimental to the development of the face, jaws and teeth, if left untreated paediatric SDB can lead to significant and serious health problems causing poor quality of life later in adulthood.

If a child breathes through their mouth during the day or while sleeping at night, the tongue drops to the bottom of the mouth, which results in upper and lower jaw development problems. Allergies, asthma and open mouth posture also cause the jaws to develop incorrectly.

Incorrect dental and facial development can be detected at an early age, but so often no treatment is recommended. It is well known that the majority of our children do not develop their jaws and face correctly. This results in crowded teeth and underdeveloped faces.

Braces and extracting teeth in teenage years does not solve the underlying problems behind the causes of crooked teeth and incorrect facial development.

The balanced cranium provides the anchor points for the tension membranes which support the brain. The rhythmic pulsing of the brain as it expands and contracts, when breathing, provides the basis for the sacro-occipital pump which circulates cerebo-spinal fluid.

One of the most important aspects of normal cranial function is the position of the jaw. When the lower jaw (Mandible) comes in contact with the upper jaw (Maxilla) the movement should be symmetrical, simultaneous and even. This constitutes normal cranio-dental function. When the jaw becomes distorted the entire balance of the cranium is put in jeopardy.

The cranium consists of 28 bones, any distortion will affect transmission within the brain, cranial nerves and ultimately the nervous system.

This article of Pieter’s recently appeared in Sundal Clinic’s Magazine.

Previous
Next
Manage Cookie Consent
We use cookies to optimise our website and our service.
Manage options Manage services Manage vendors Read more about these purposes
Preferences
{title} {title} {title} 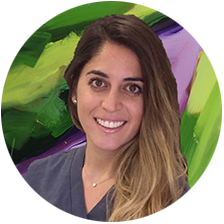 Dr Yanel Bouille comes from a family of dentists following both her father and brother who inspired her to become a dentist too. She graduated in 2009 in Madrid and has been working in different practices around the UK since.Over the years Yanel has been developing her skills, achieving her Masters in Conservative dentistry from the prestigious Eastman Dental Institute in 2015. This means she can treat your teeth in a minimally invasive way.

Her passion is cosmetic dentistry, and she is an Invisalign provider. The modern technology and the multidisciplinary team from our practice are the perfect work place for Yanel to provide the best smiles in West Sussex. Yanel lives in Hove with her partner and new baby. She enjoys taking her dog Bali, a cavapoo, for walks along the seafront and lives a healthy life style whilst travelling every now and again.